An excerpt from All of Me Wants All Of You: Afforded a golden opportunity, what could possibly prevent a sex-starved, virile man from making passionate love with a beautiful and willing younger woman? He is married and she is single, and they’ve just stolen a secret, feverish kiss. After meeting covertly at a shopping mall, they exit together under the cover of twilight . . . . 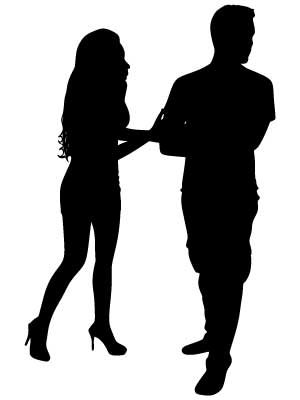 Dean held her gently. Night was falling and shadows blanketed the parking lot. They stood entwined in one another’s arms, blissfully joined. He savored her perfume and their fiery kiss moments before as Larissa glanced in several directions, clearly to satisfy herself that nobody was observing them. They were totally alone. No one could prevent them from carrying out their tryst. He took her hand and opened the passenger door of his Honda, urging her inside.

Dean walked around to the other side of the car. As he passed the parked car next to his, he glimpsed a bumper sticker:

NO Jesus, NO Peace

Getting in the driver’s side next to Larissa, he felt a twinge of hesitation. Uneasiness flickered in his stomach.

“What should I do with this?” she asked, holding up a book.

It was his Bible. “Here, let me have it.” He took the book, along with some newspapers she handed him, and put them on the back seat. His sleeve snagged the sticky note on the cover of the Bible, popping it off. There in his hand was the verse from Proverbs: “Many are the plans in a man’s heart, but it is the Lord’s purpose that prevails.”

He nestled closer to her, but his amorous energy dissolved. Now that privacy was theirs, a huge part of him wanted to reach out and embrace her. She cozied up to him, closed her eyes, and puckered her lips, purring. He hesitated. Her emerald eyes opened, inquisitive. He leaned in to kiss her, but then he sat back ramrod straight.

She stared at him, alarmed.

“Sorry… something isn’t right,” he said.

“Not right? What do you mean?”

“It’s not right. I shouldn’t be doing this.”

“You shouldn’t? How come?” Her voice raised in pitch. He looked down, speechless.

“But we’re just getting going, Dean. Why are you acting like this?”

“What kind of crap is this?” Her face flashed the look of a fool betrayed. “What the hell, Dean?”

“I hate saying it, but it has to end here, Larissa. It just does.”

“Better? A moment ago… what could possibly… ? I don’t get it. Why are you afraid?”

“It sure feels right to me.”

“God knows how great it would be. Please believe me, it’s not because of you.”

He shrugged. “I understand you’re upset. I’m sorry this is hurting you. I don’t exactly have a speech prepared. I’m sorry.”

“Why are you messing everything up? I thought we both wanted to?”

“Everything in me wants you, but I’m married.” His voice sounded weaker. He tried looking her in the eye. “In God’s eyes, what we’re doing is not right.”

“God has nothing to do with it! Why are you bringing God into this?” She slapped him.

His hand went to his cheek. “Look, everything in me craves to feel your skin, your body, to run to a motel and jump into bed together. You’re so beautiful. But it has to be my wife I do that with.”

Furious, she shoved him hard. He banged his head on the doorpost. His glasses flew off.

Dazed, he groaned. “I’m sorry this is so painful. Forgive me.”

“Forgive you! Damn it all, I want you, Dean! I don’t give a shit what you think God says!”

He touched his nose; it was bleeding. He tried moving closer to comfort her, but she shoved him again, this time harder. He lurched backward, moaning in pain.

“I’m not trying to hurt you, Larissa.” He picked up his broken glasses.

Larissa’s mouth stopped working. She could not spit out another word. She pulled on the door handle and bolted out of the car. She wanted to yell at the top of her lungs, Damn you! She wanted him to love her, to make her whole with his love, to have her wishes come true. But Dean just sat in the car with his head down, like he was paralyzed.

She ran to her car, opened the door, and jumped inside. Tears gushing, dumbstruck, she watched him stare straight ahead and start the engine. He drove off. No wave. Nothing.

How can this be happening? My life was feeling so good, but now…!  The hurt felt like sandpaper on her soul. How could I be so gullible? I never saw it coming. 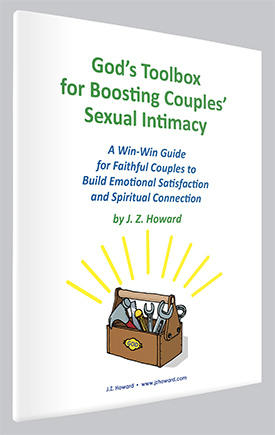